No Items In Cart 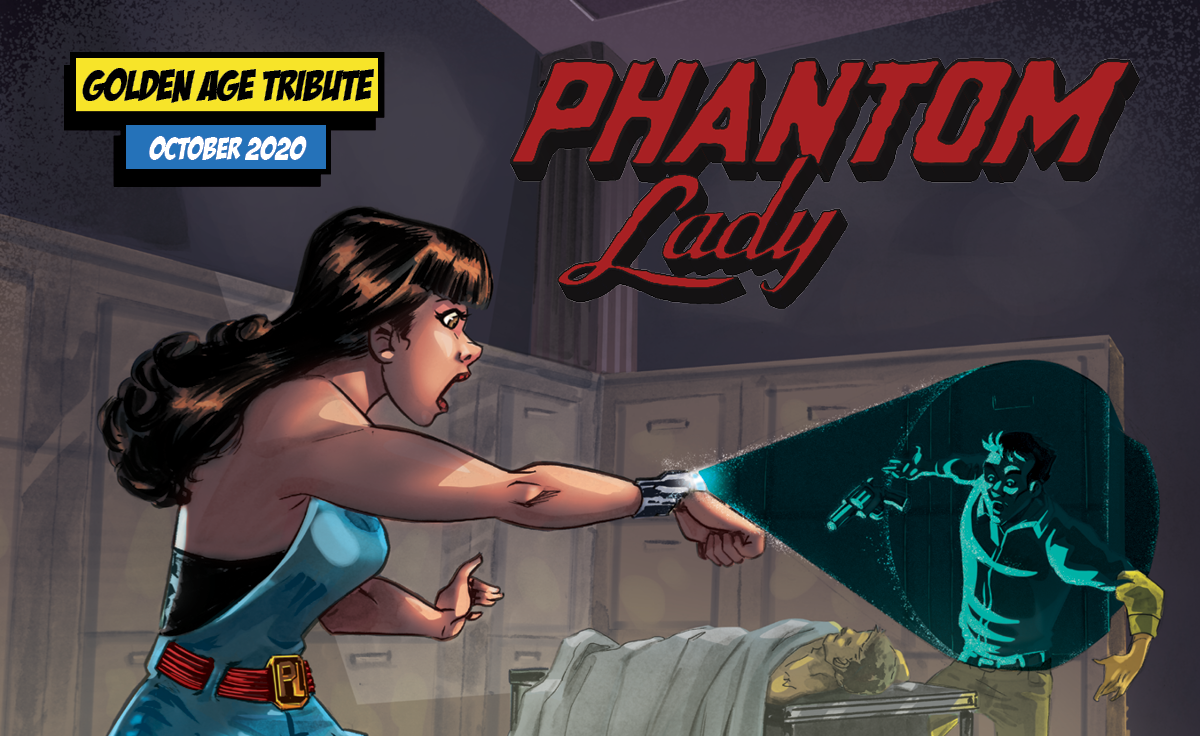 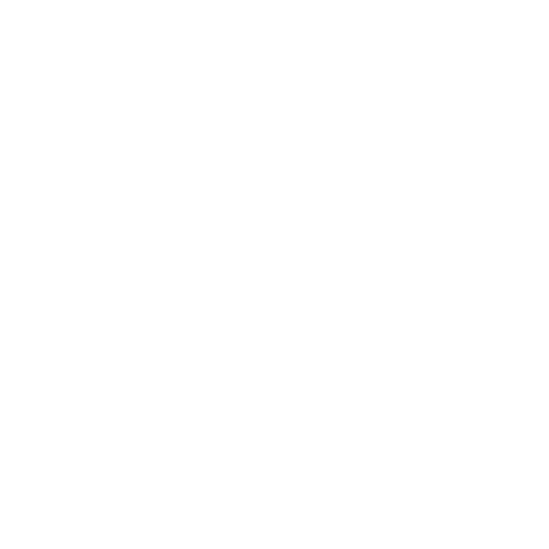 Before there was a Wonder Woman or a Supergirl, there was PHANTOM LADY. A property of Fox Feature Syndicate beginning with issue #13 after the original stories were published by Quality Comics, the crime drama book followed female protagonist Sandra Knight – one of the earliest leading ladies of comic book adventures. As heroic costumed alter ego PHANTOM LADY the daughter to Senator Henry Knight would battle crime using her detective-like wit and fighting skills aided by a specialty gadget, a black light ray that she uses to project darkness, blinding her foes and making her invisible. The books was often in controversy, criticized for its sexualization of the empowered heroine.

An African-American artist of the Golden Age, Matt Baker has been called the ‘Jackie Robinson’ of comic books, rising to notoriety with Phantom Lady and romance comics in the 1940s and 1950s. Credited with the color pallet change from green and yellow to red and blue in issue #13, Baker’s “good girl art” featured Sandra Knight/Phantom Lady in a more revealing costume, explained in the story as a tool for distraction of her typically male foes. Use of pin-up poses and provocative situations helped to popularize the comic, but also attracted its share of criticism for potential impact on youthful readers.

In 1956, DC Comics obtained the rights to the Quality Comics characters, and reintroduced Phantom Lady 17 years later in Justice League of America #107 (Oct. 1973). The ‘Freedom Fighters,’ a group of Golden Age characters, were relocated to a parallel world. Their particular earth was referred to as "Earth-X", a reality where Nazi Germany had won World War II. The team was later featured in its own series for 15 issues (1976–1978), in which they temporarily left Earth-X for "Earth-1" (where most DC titles are set) and Phantom Lady was given real phantom-like powers. Source: Wikipedia (link https://en.wikipedia.org/wiki/Phantom_Lady)

THE WALKING DEAD VS DARK KNIGHT 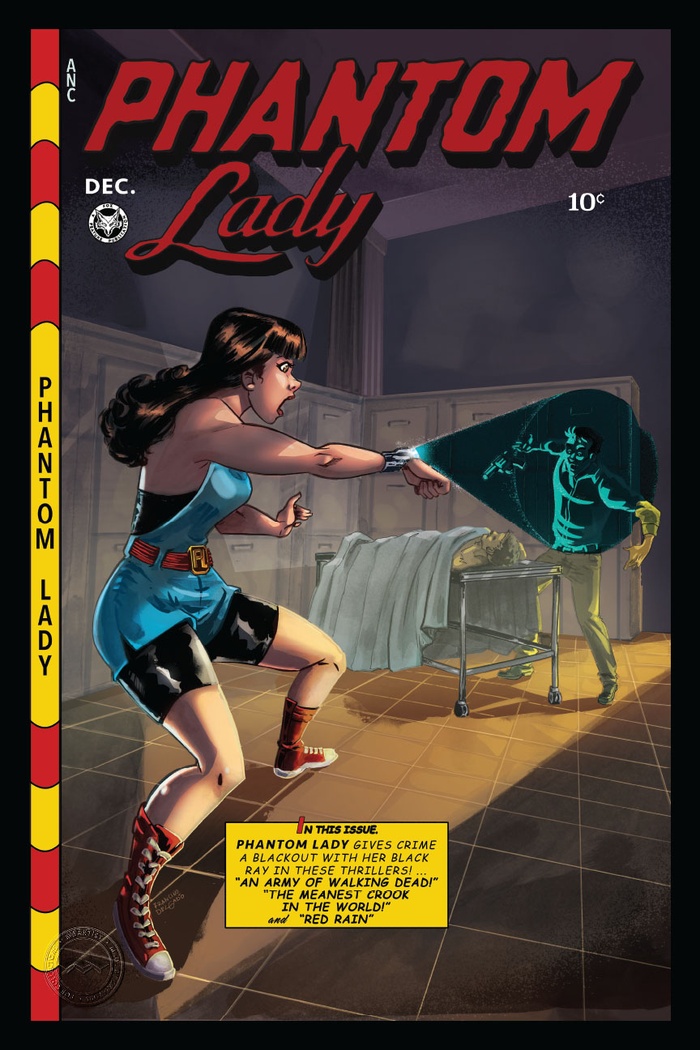 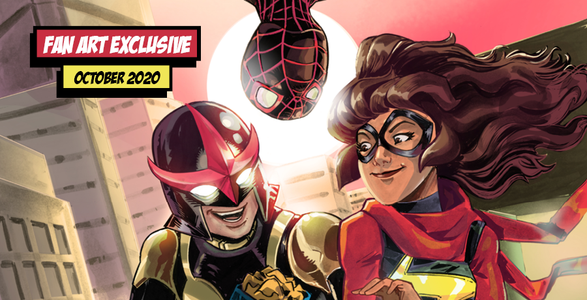 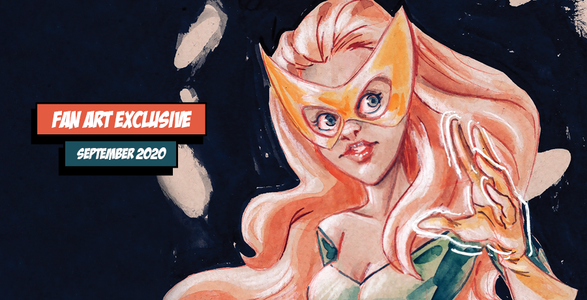 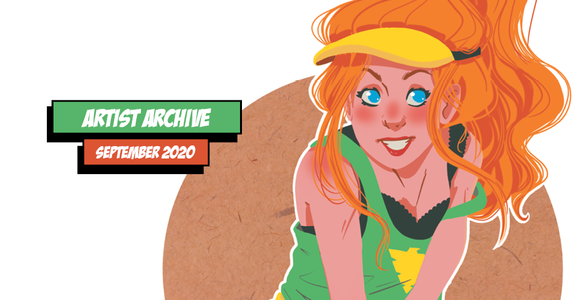 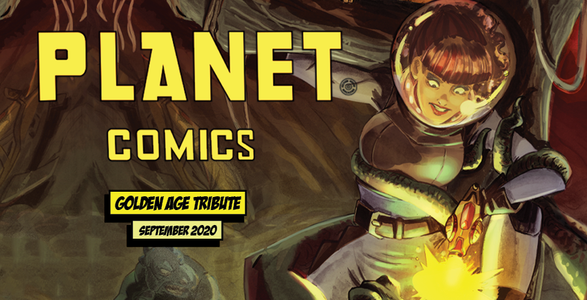